I hope you all had a nice weekend. We had a great one visiting with family and seeing some of the grand kids. Usually I am a bit nervous when the Mr. and I are both gone over the weekend as many times we have come home to sad stories from the coop. This time we decided to leave Frederick the cat in charge of the flock and the new, young rooster. Many of you expressed interest in how that might turn out (me included) so, let's go find Frederick and see. - There he is in the library. 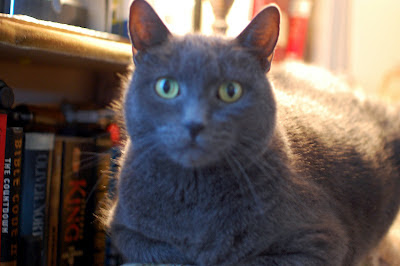 Frederick's report: "Well, to make a long story short....It was gruelling...First, right off of the bat, Friday morning that nasty Falcon got on the run fence and started going after the chickens causing all kinds of feathers and noise..so, being the good sitter that I am, I quickly climb the fence and go into action at lightening speed, coming mere inches from the offending bird, it flies off and all of a sudden, I become the villain with the rooster chasing me right back over the fence!...Then Saturday, I hear several chickens making noise from the coop and go to investigate, with such a raucous, I'm sure that harm has come to them.. I get there in the nick of time as I find two of them trapped in small boxes fearing for their lives, I jump on the ledge to find out what could be after them and.....once again...I am the villain...they come after me and peck me on the head! Certain that they drew blood I ran for cover through my door in the house and to the safety of Library." 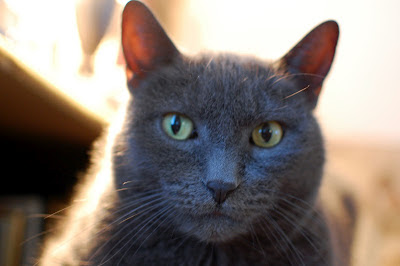 "The remainder of the weekend was more of the same! Now can I have my payment that you promised?" 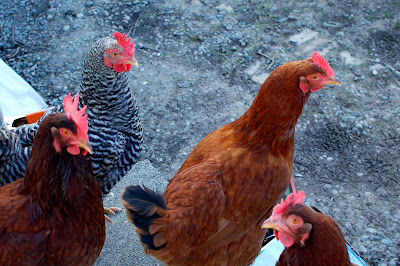 Let's ask the girls their side of the story..."Hello girls, how was your weekend?"

"Brilliant idea mom, to leave the crazy cat in charge...He tried to kill us all weekend, you might as well have hired the coyote!" 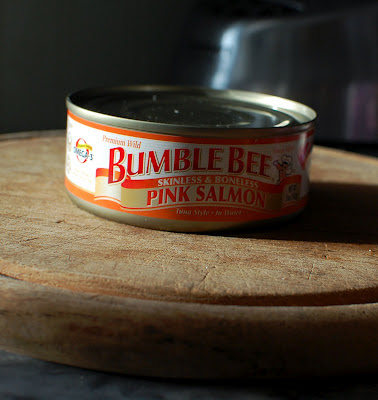 "Alright Frederick...the girls confirmed your story...kind of, so here is your payment." 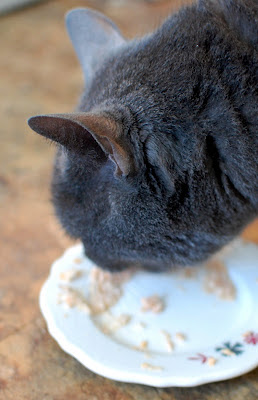 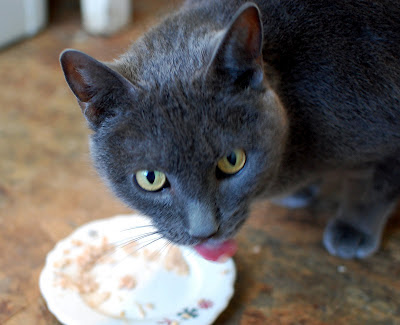 Even though there seems to have been a huge communication gap, it all turned out in the end.

Thanks for making me smile. Glad he got a special treat, hah.

I'm siding with Frederick version. After all, everyone is safe and sound. And if they misinterpeted his intent, well....tough. They
should be happy to still be alive!
Yes, I think he deserved his tuna.

That is funny. LOL

Great to hear all was well, I think Frederick is a top notch chicken sitter and his payment was very well earned. Love the photos in this post Frederick is a very good looking cat how old is he? I also really like the photo of your chickens.
Regards
Edward

too cute. i'm glad you have such a great cat ... to watch over the place while you are gone. that is great!! i wonder what is going on with blogger ... the comment section here looks totally different? has any one else noticed this? (:

I'm sure the feathers were flying! Glad to hear everyone is ok and it looks like Frederick had a very nice lunch:@)

Nice to see he received his reward!

What a funny story and chicken adventure. I thought it hilarious the chickens said you could have left a coyote in charge. I love chickens, but it seems like a lot of work just keeping them safe. Danger can come from just about anywhere.

Ah, well it is hard work tending to the flock, thanks for the report!

We lost our beloved Suki last week to a raccoon. We hadn't seen one in ages, but one turned up and dug almost a foot down to get under the fence. We have yet again reinforced, but so sad to lose a good old gal.

I loved your chicken story.. you're lucky they remained safe. We lost our 3 chickens a few months ago from a dagnabbed coyote. We'll get more after we set up a better and safer run for them. Nice to meet you!
((hugs)), Teresa :-)

Oh well, you can't expect cats and chickens to speak the same language.

Beautiful kitty...
I don't know if I love the cat or the chickens more?
All is well, and he deserved the tuna...maybe two cans:-)

LOLOL If I can ever...LOLOL stop laughing ... LOLOL, I'll congratulate you all on a job well done! LOLOL.

What a handsome kitty!

Oh what a lovely cat...that Frederick, and a hard worker too ♥

I'm on Frederick's side! :) Tee Hee... He more than earned that treat!

Now...his feline counterpart who attacked my Mollie is NOT on my good side! Errrrr... Better yet HIS OWNERS (whoever they are) aren't!

You make me smile!

Ha! I am sorry to announce that your lovely kitty eats better than I do these days - I really should hit the grocery store!

Thanks for stopping by to say hello. You are my neighbor to the north!